Student athletes come to terms with all that seemed within their grasp. 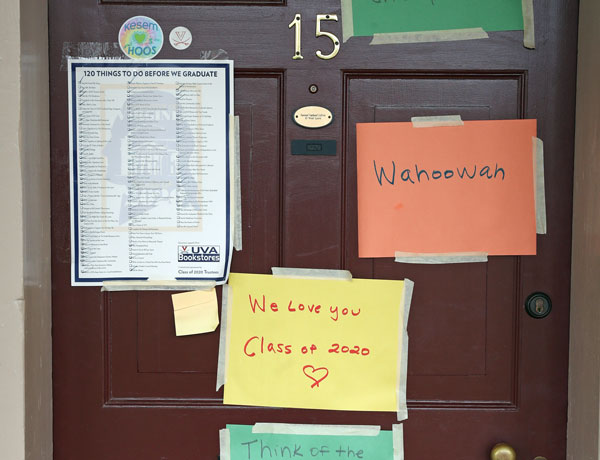 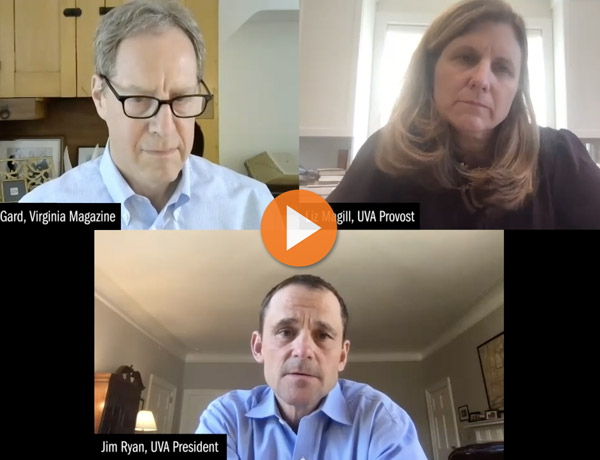 Our interview with UVA’s president and provost—from a distance. 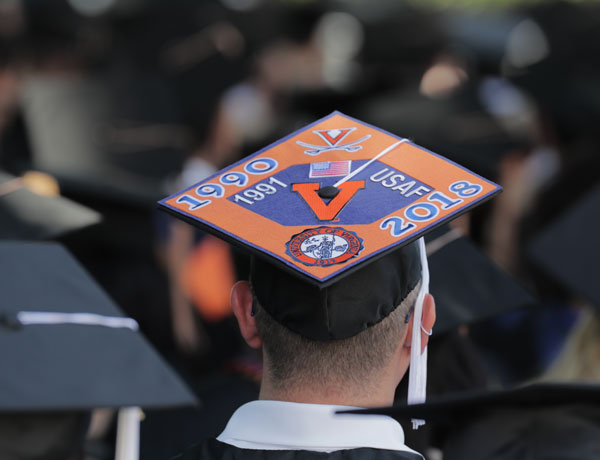 When it comes to walking the Lawn, some students wear their hearts on their caps.

Electric scooters have become a major UVA phenomenon. We have the numbers to prove it.

The bus stop on McCormick Road served as a refuge for black students in decades past.

Even when a string on her instrument broke, Olivia Scheidt kept her cool in front of thousands.

Those spaces that defined us first-year are getting redefined. And they’re taking on even more importance in student life.

Last year’s two NCAA championships make for a tough act to follow. So, how do the tough get going? A UVA sports preview.

More than 400 sporting events, many of which were not previously broadcast, will give students opportunities to learn video production.

Nearly 4,000 first-years arrived on Grounds this fall. Dig into some of the numbers that shape latest class of Wahoos.

The building might be gone, but University Hall housed decades of memories that linger.

A law school climb to Everest base camp could set a new baseline in global learning.

How defeat drove a team to destiny.

Tony Bennett, in his own words

A Wahoo sportswriter pauses to ponder

Man-to-man coverage of the team 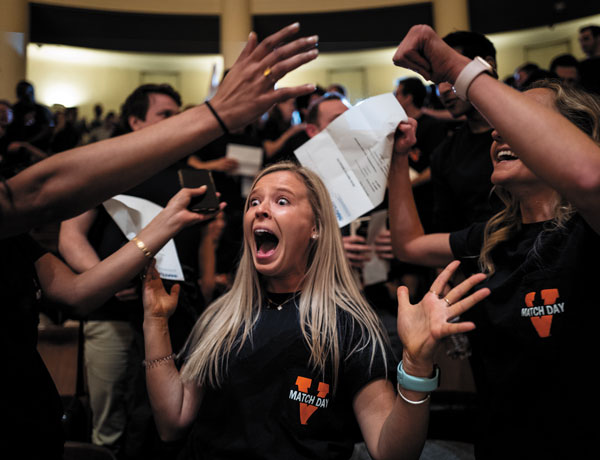 After years of hard work, medical students find their future in an envelope.

What does a basketball hero do after the college glory days? Catch up with a dozen UVA fan favorites.

Reading the Regalia: A Visual Guide to UVA’s Final Exercises

As students prepare to walk the Lawn, take a look at what they’ll be wearing.

Power Players: A look at UVA alumni who are senators, reps and a governor

Learn more about the Wahoos in Congress and a governor’s mansion.